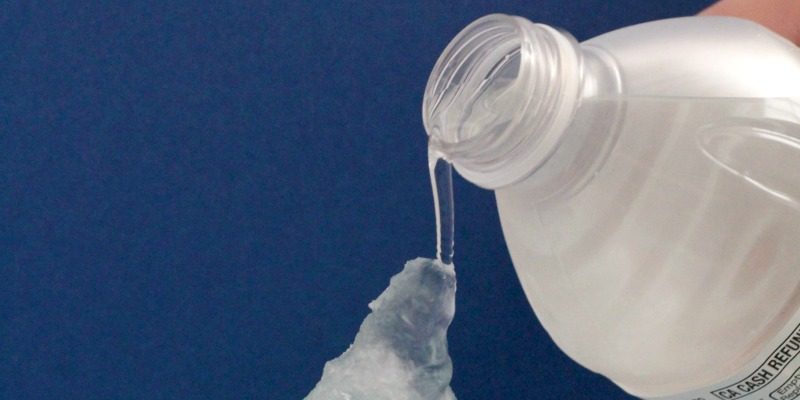 My kids love science projects that involve something that looks just a bit like magic. We’ve had a lot of fun making glow-in-the-dark projects, flying projects, and anything that has a “wow” factor. This winter, we resolved to try and make instant ice. We knew the project could be a bit tricky, but we didn’t have any problems with it at all! The experiment turned out just as it ought to, which is always a great feeling! 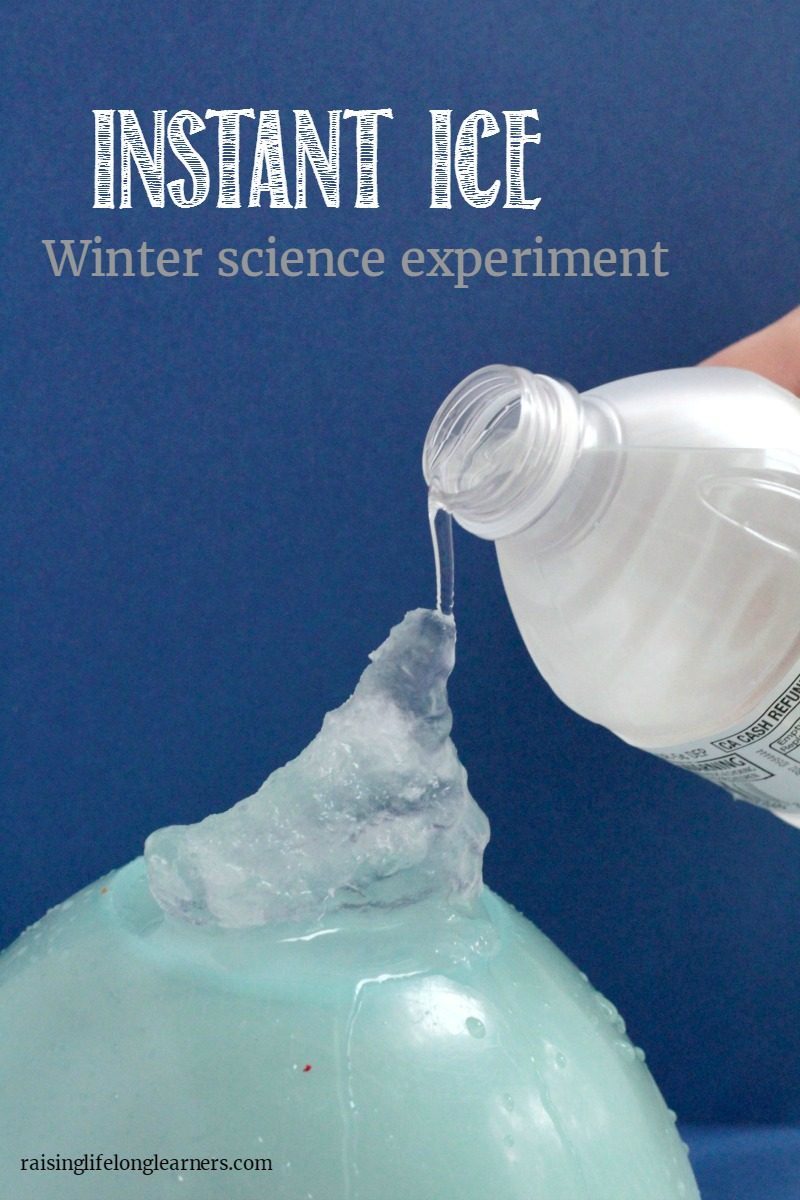 Watch ice form before your very eyes in this fun science experiment!

Place 6-12 water bottles in your freezer (or you can do it outside, but the temperature is less predictable out there). Lay them flat on their sides rather than upright. For some reason, they freeze better this way. If your kids want to experiment, place some upright and some on their sides and see which one works best!

Cool the water for about two to two and a half hours. At the two hour mark, take out one bottle and test it. If you can slam it on the counter and nothing forms, the water isn’t cool enough yet. When you get one that hardens, it is ready to go, but you’ll have to work quickly! 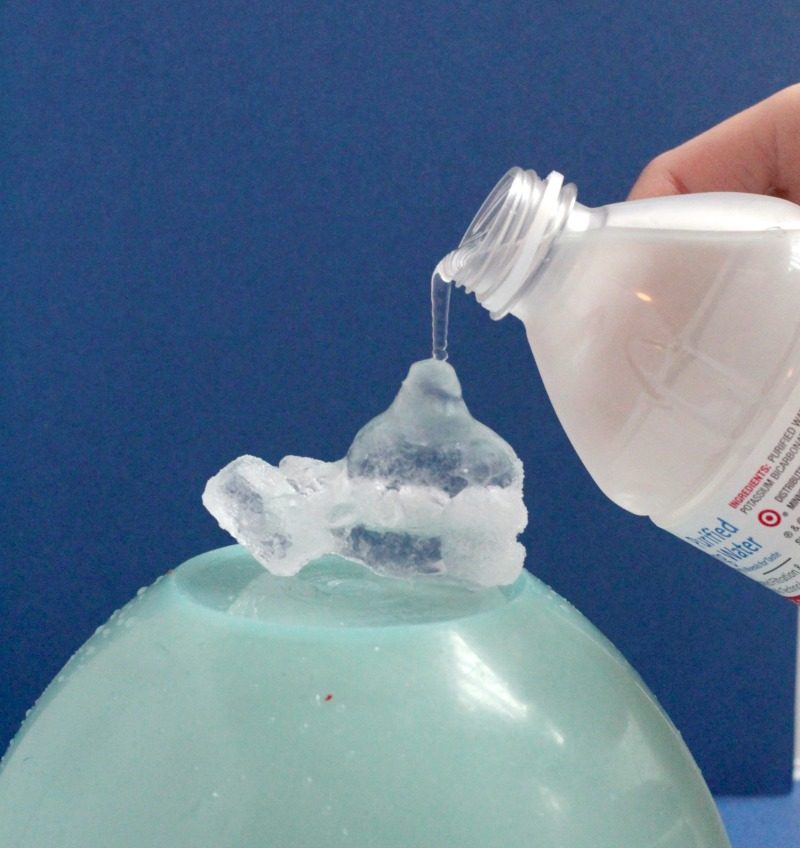 Turn bowl upside down over a towel (to catch the spills) and place a large ice cube on the bowl.

Carefully pour the water slowly onto the ice cube.

The water will create a column of frozen ice! 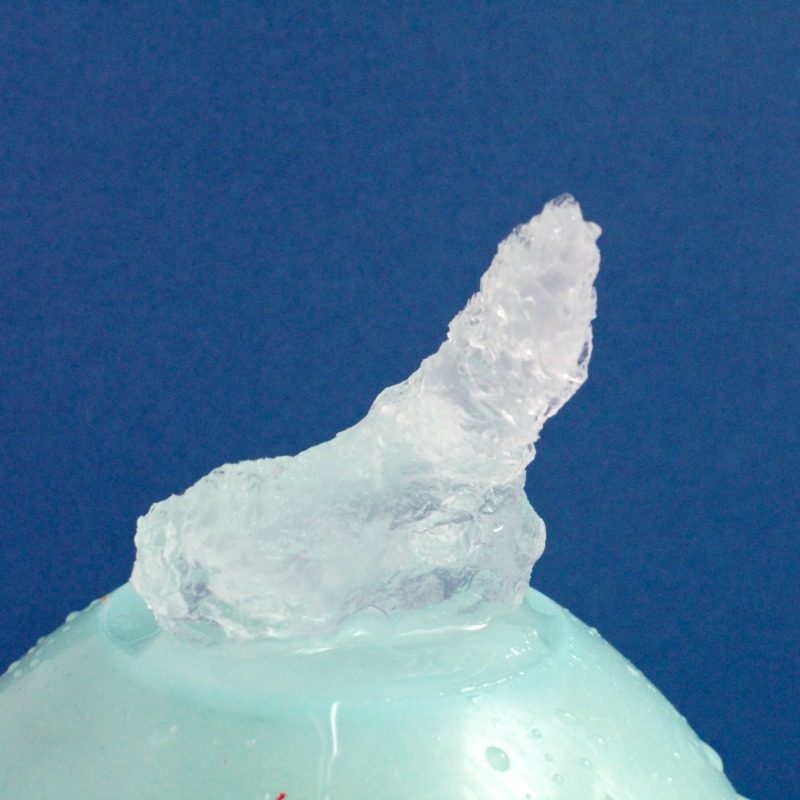 In about 20 seconds, the water will get too warm for this trick to work. But you can repeat it with all the water bottles you have! 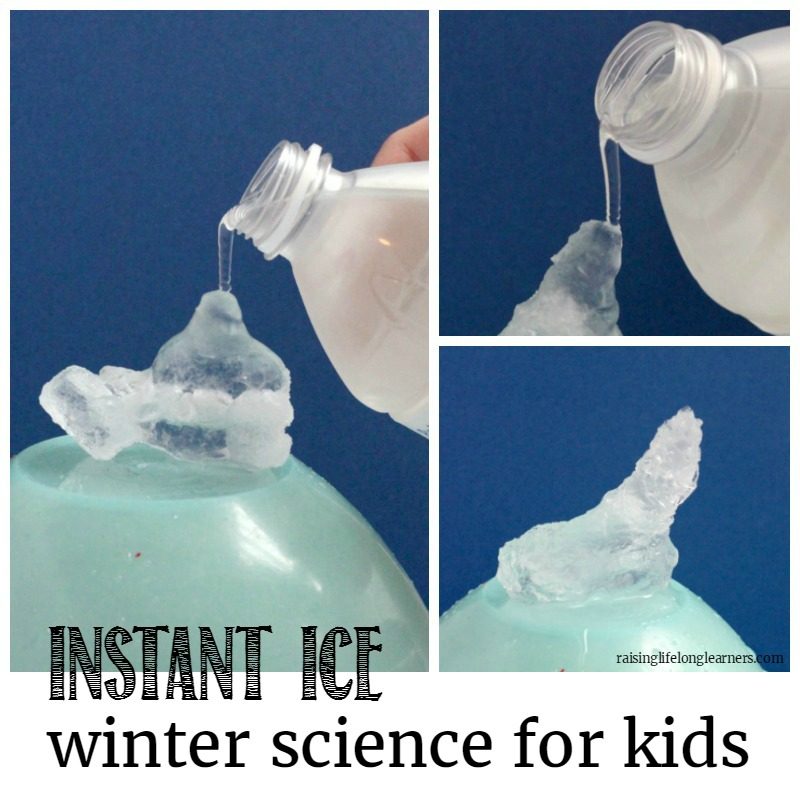 The trick to this experiment is super-cooled water. You’re catching the water when it is cold enough to freeze, but hasn’t quite frozen yet. When ice freezes, the water forms small crystals that gradually spread. If you catch the cold water before the crystals have time to form, you can still pour out the water and it will freeze as you pour. Pouring it over an ice cube triggers crystals to form faster than they normally would.

You can get a similar effect by smashing a still-closed bottle of super-cooled water onto a hard surface. This triggers the crystals to form, instantly hardening the ice inside the bottle. The weather term for this process is called a “snap freeze.”

Celsius – Celsius (or “degrees Celsius”, or sometimes “Centigrade”) is a temperature scale. It is used to tell how hot or cold something is and is often written as °C. Water will freeze at 0°C and boil at 100°C

Fahrenheit – is also a temperature scale, typically used in the United States. We use it to tell how hot or cold something is. It is often written as °F.
Water will freeze at 32°F and boil. at 212°F.

Snap-freeze –  a term used to describe a process by which a scientific sample is lowered to temperatures below -70 °C, very quickly. This is often accomplished by submerging a sample in liquid nitrogen. This prevents water from crystalizing when it forms ice, and so better preserves the structure of the sample.

Liquid Nitrogen – Nitrogen turns liquid at -210 degrees Celsius or  -346 degrees Fahrenheit. When nitrogen is liquid, it looks a lot like water.

Looking for more activities for kids?

We have a new option that offers new, creative activities all month long for you and your child!

The Learner’s Lab is the community created just for your family.  It’s full of creative lessons, problem solving activities, critical and divergent thinking games, and the social-emotional support  children and teens need most. 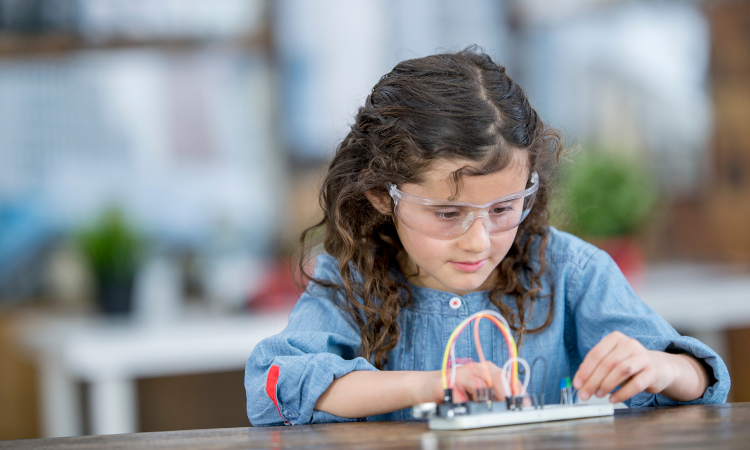 11 Reasons I Love Staying Home with My Kids 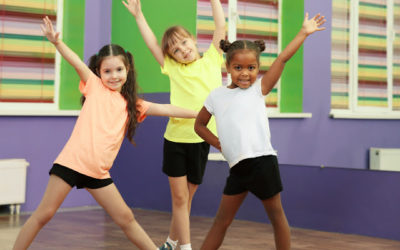