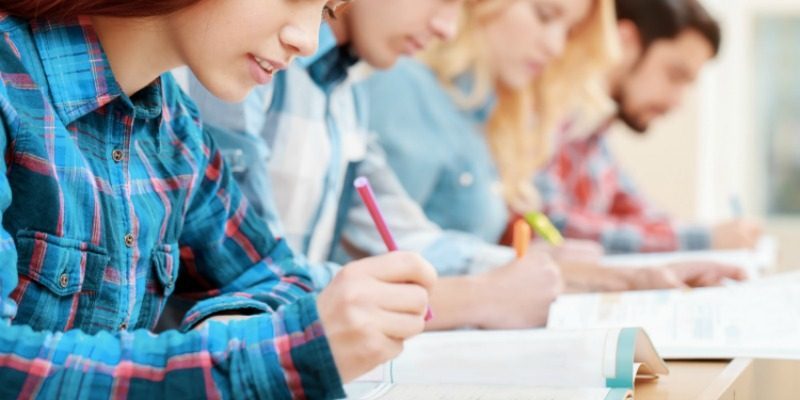 I’d been teaching gifted students for a year when I met the cutie pie who would shatter what I thought I knew about gifted kids. Like many who were new to the field or who didn’t have experience with gifted children, I thought that giftedness could easily be measured, quantified, and identified. I was wrong.

This sweetheart was probably one of the most profoundly gifted students I’d ever met. She was a great kid, seemed to get along with everyone, was well-liked, and had just come back from a leave of absence during which time she performed in a Broadway play. 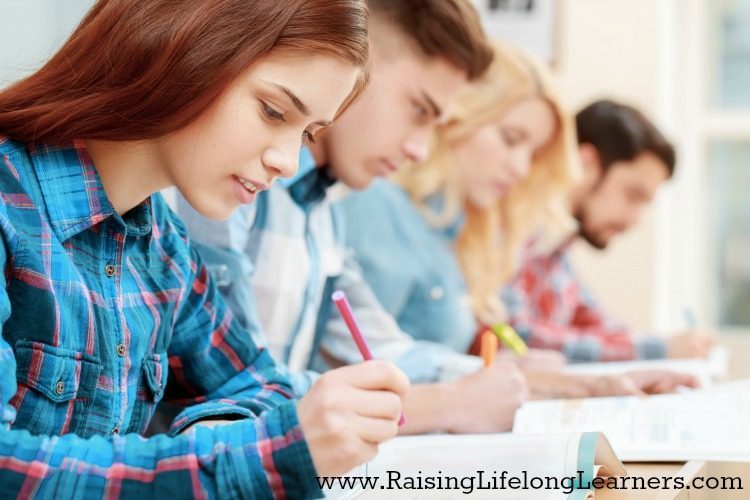 But her test scores were awful. Like really, really bad. So bad that her teachers — and even her parents — began to doubt her giftedness, and I knew that I had to help her get “identified” or she may very well be kept out of the gifted programming she so deperately needed as she went on through the different schools in our district.

And I learned something valuable — gifted kids are not necessarily great test takers. And when I learned that my son was profoundly gifted after having been so misunderstood and misdiagnosed in school, I vowed that I’d prepare him for a lifelong love of learning and also for how to take the tests he’d eventually need to tackle.

And so I was thrilled to have the opportunity to review the Test Prep: ACT Math Bootcamp from Mr. D Math. And, in full disclosure, I was given the course for free and compensated for my time in diving deep into the offerings and writing this post, but all opinions are mine and honest. I will only share things I think you’ll find of value — none of us have time to waste on mediocre offerings. 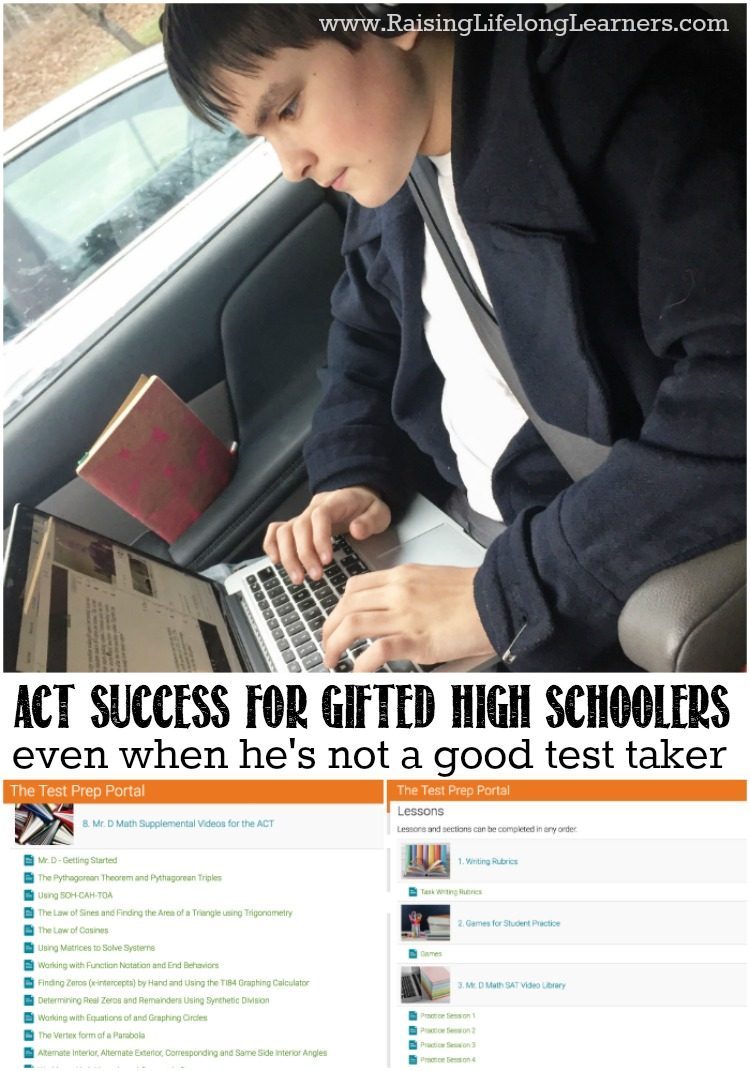 This one is stellar.

For real, folks. This bootcamp is amazing, though I’ll admit to being a bit doubtful when I read the claim from Mr. D Math (Dennis DiNola) on the information page about the bootcamp, “I’m going to make a really bold statement … In just six weeks, it’s entirely possible for your child to raise their ACT math score by up to 5 points … without learning more math. I’ve seen it happen time and time again!”

So, my son was the youngest in the class. He’s barely 14, and has been using a math curriculum we love, but that takes an unconventional path, different from the scope and sequence most programs do. As a result, he’s completed pre-algebra, algebra, and algebra II. He’s JUST now getting ready to start geometry, then trigonometry and pre-calculus. As a result, he has had no introduction to any geometric formulas.

It didn’t matter. He cruised through the algebraic thinking problems, and got even faster than he already was with them. Seriously, this boy has the most mathematical mind I’ve ever seen. He sees a problem and solves it — usually without even taking time to write out the work. He only stumbles for a short time when first introduced to a new concept.

It’s pretty cool to be homeschooling 8th grade in 2017… at home doing high school math, a bit of science, and taking in some @curiositystream this morning, getting in 2 hours of rehearsal time for War of the Worlds (onstage in March at @geaugatheater), then taking in his first @mrdmathlive ACT prep boot camp this afternoon while driving home from theater. ……. What did homeschool look like for you today?

It was about the fourth week of the six week bootcamp that he stumbled a bit. Right around when the majority of the problems turned towards geometric thinking. And, as geometry is coming in a few weeks, we assured him it wasn’t a big deal and that he could take it easier and just listen in. Instead, he chose to watch some of the supplemental videos in the test prep portal he had access to as part of this program.

The program is brilliant, really.

This program doesn’t teach your teens to do the math — it teaches your kids tips, tricks, and strategies for using their math knowledge to take tests like this more quickly, efficiently, and successfully. It’s fantastic.

While it came at a challenging time for us — my teen was in a play at a theater located an hour away from us, with the live sessions happening during our drive home from rehearsals each week — we were able to make it work. My son propped the laptop on his lap, used my phone as a hotspot, and attended the live class each Monday evening while eating his takeout dinner on the drive home in traffic. The flexibility learned in homschooling coming in handy.

He worked through the previous week’s sample problems with Mr. D and the other students during the live class, asking questions as needed, and really enjoyed the instructor’s humor and teaching style. And this is a kiddo who has not had a huge love affair with instructors in the past. Unfortunately, like many cognitively gifted kids, he’s struggled in classroom settings.

In fact, he said to me that if he didn’t already have a math program he loved so much and was so invested in, that he’d be asking me to switch him over to Mr. D’s math classes. Amazingly high praise as he truly loves the mathematical path he’s taken so far.

So, are Mr. D’s claims that the course can improve ACT scores by 20% truthful? Well… unfortunately I won’t be able to answer that definitively. You see, my 14 year old is an 8th grader doing high school work and plans to begin dual enrollment in several areas very soon, but he’s never taken the ACT. In fact, he hasn’t taken a standardized test since we pulled him from public school in first grade.

What I can tell you is this… your child WILL feel confident in his test-taking abilities after taking this class. He’ll be ready to tackle the unknown of college entrance exams and other standardized tests. He’ll feel, if he’s already taken the ACT before, like he can conquer it this time.

Mr. D Math is THAT good at empowering his students, building their confidence, and giving them the tools, strategies, and mentality that they will succeed on the ACT.

If you have a gifted teen who is preparing to take the ACT or who wants to take it again and improve a previous score, the price ($197) can literally mean a high-scholarship-qualifying score for your kiddo.

Remember that gifted kids aren’t necessarily great test takers. Courses like this don’t teach them the content — they’ve got that. They teach the skills to manage time, test stress, and fear of failure that tend to plague our brightest kids. They also train them how to eliminate answers right off the bat so our “shades of gray” kiddos aren’t looking for the “well if this happened… this could be right” kinds of answers.

I know that my son is ready to tackle the ACT now. How? Because he recently asked when he was going to be allowed to take it for the first time to see how much he still needs to improve. I love it!

And that sweet little gifted girl I taught all those years ago? Well, I didn’t have a test-taking bootcamp for her, so we collected dozens and dozens of work samples, portfolios of her artwork, clips of her broadway shows and concerts, and petitioned the school board. We were able to “identify” her giftedness based on that collection of work so that the label followed her out of my building and she’d never be able to be denied the services she needed. 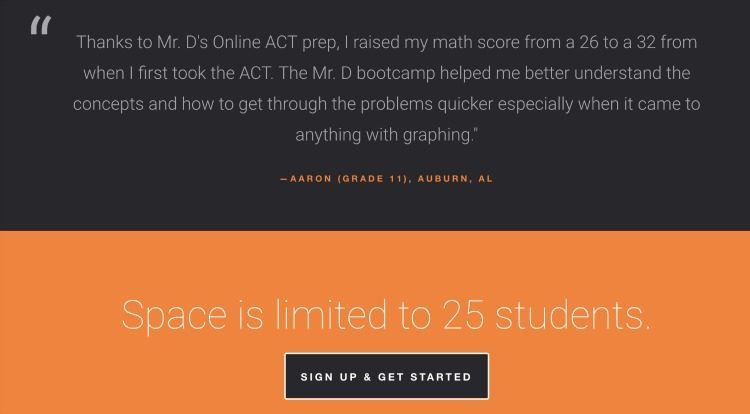