Emotional Overexcitability And Gifted Kids (what you need to know) 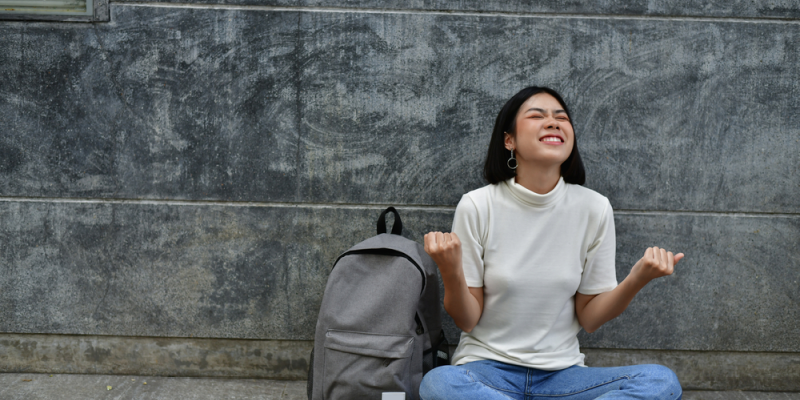 One of my favorite movies will forever be Mean Girls. I had no idea when I was quoting it as a teenager that I’d still be quoting it as an adult, but here we are. Glen Coco and fetch and grool – they all have their place in my daily speech, but the line that comes up most often now that I’m raising an intense poster child for emotional overexcitability is most definitely, “I just have a lot of feelings.”

I’ll give you a second to shout, “She doesn’t even go here!” before I move on. That scene, that poor girl, her hair plastered to her face with fresh tears, her wrinkled paper grasped fervently with both tightened fists, the eyebrows so subject to emotion that they were almost vertical — that is my daughter. She definitely wishes we could bake a cake filled with rainbows and smiles, and she most definitely has a lot of feelings. 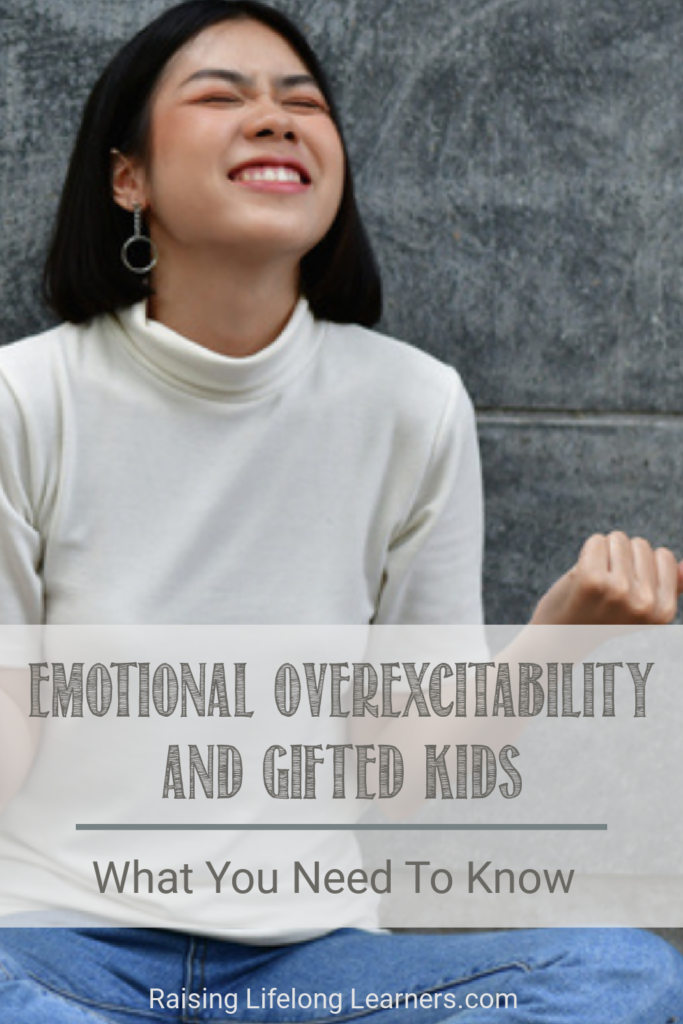 Emotional overexcitability is a term that comes from Kazimier Dabrowski’s Theory of Positive Disintegration. There are five overexcitabilities — or OEs — in all, each describing what is basically a super sensitivity, a heightened characteristic, or intense need experienced in gifted individuals. Emotional OE is, as you can guess, really intense emotions.

All of those are my daughter. Yes, even the snuggles at 2:30 in the morning. Every night.

Related: Overexcitabilities and Why They Matter for Gifted Kids 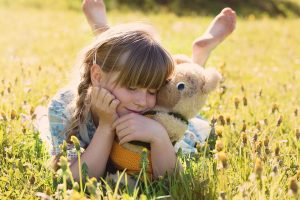 Emotional Overexcitability And Gifted Kids (what you need to know)

Emotional overexcitability is easy to spot, but that also makes it easy to dismiss. “Overreacting” is a term that gets tossed around a lot, and “drama queen” is a title she’s come to bear proudly. How could a child really feel this intensely about a character they’ve never met, when we both know it’s fictional? She must like the attention, right? She just has no control over herself, surely? Eye rolls abound, even, admittedly, from me.

These children are waved off as melodramatic, high-strung, histrionic, as just being too much. Sometimes an emotional overexcitability is even viewed through the lens of pathology, as a symptom, as something needing to be fixed. Emotional dysregulation and disorders get tossed around and many gifted children are misdiagnosed when really they just have a lot of feelings.

Our society, our culture, is not one that embraces intense emotions. Not regularly, and not from children, anyway. Girls are dismissed as “drama queens” and boys are told to “man up.” Intense, raw emotions are very uncomfortable for the people in their proximity.

The Reality Of Living With Overexcitabilities For A Gifted Child

But consider the discomfort of the child overcome with so much feeling that they cannot hold it inside their little body. Consider how unnerving it is to be so engulfed with an emotion they may not even fully understand. “Why are you crying? What’s wrong?” I ask my daughter, then three years old. “I don’t know! I just love you really much!” Her feelings were so big, so deep, so overwhelming, all-encompassing, and alarming that all she could do was cry and bury her face in my chest. Because she loves me. It sounds precious and sweet and I definitely have a video of it saved on my phone forever, but it’s also painful. It’s scary. It’s too much to have just so many feelings.

I wish I could say I was always empathetic and patient when it comes to her emotional overexcitability. Every day that she cries (which is, actually, every day), I cry, too.

I’ll admit, it’s annoying. Not every mole hill needs to be made into a mountain and sometimes it would be nice to get through a meal without tears, eruptions, or accusations of being a diva. I have to prepare her or shield her when it comes to movies, tv shows, books, stuffed animals with loose seams, anything on the Discovery Channel, other peoples’ potential reactions, pajamas she’s outgrown, the straw that was accidentally eaten by the garbage disposal, the possibility of losing a game, the impending move, and interaction with her brother and his own emotional OE. That’s right – emotional overexcitability shows no preference when it comes to gender, and it definitely doesn’t decide one person in a family is enough. My own intense reactions to her, my own tears, my own fears, attachments, and annoyance at her passion and fervency… I may have my own struggles with emotional OE. My husband refuses to look me in the eye when I ask him about it, though, so we may never no for sure. 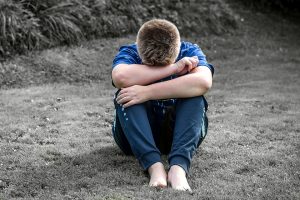 It’s consuming and irritating and loud and as unpredictable as it is predictable. Every hill is the one she chooses to die on, and each battle is intensified by my own intense reactions. And for whatever reason, the seemingly bottomless stores of empathy found in a child with an emotional OE appear to dry up when you beg and plead with them to just calm down.

Their emotions, their feelings, fill so much of them that you may as well ask them to stop being short or to never be hungry again. These intense emotions are a part of who they are and cannot be shut off simply because they’re inconvenient, uncomfortable, embarrassing, or annoying. Telling an emotionally intense child to calm down, as I’m sure you’ve experienced by now, actually only makes the situation worse by dismissing their very real feelings, and potentially giving them reason to fear their inability to shut them down. Their feelings are their experiences, and they need to be felt, need to be acknowledged. If an emotion is overwhelming a child, empower him by allowing him to talk about it. An emotionally intense child who is made to feel ashamed for the intensity of his feelings will feel that shame intensely. An emotionally intense child who is heard with empathy and patience will learn how to identify what it is they’re experiencing and, while it won’t temper the ferocity of those feelings, it will keep them from feeling as though they are out of control, in danger, or broken.

“But how can someone so smart just freak out like that?” Our society has mistakenly been operating under the belief that intelligence and emotions are mutually exclusive. We’re told to follow our hearts but listen to our brains. Crying during an argument is viewed as weakness rather than passion. Somewhere along the way we began to believe that someone should know better than to react so emotionally, as though our emotions were so easily controlled or so far-removed from logic. Emotions are chemical reactions that take place in the brain – they are neighbors, roommates with wisdom, knowledge, thought. Emotion cannot be removed from intelligence, and an emotionally intense person cannot be expected to “know better” than to react intensely. No one will ever be too smart to feel – emotional overexcitability actually means that someone feels so much because they’re so smart. A brain that processes more will experience more, and that includes emotions.

It’s tough, I know. I’m in the trenches, knee-deep in soggy tissues and surrounded by mountains of stuffed animals that all have unique names and personalities and can never, ever be parted with. I can try and paint emotional overexcitability as a gift, wax poetic about deep connections and world-changing empathy, but the truth is that it’s draining, depleting, exasperating, exhausting. It’s overwhelming for both parent and child. It’s not a sign that your child is broken, it’s not a sign that your child isn’t thinking, it’s not always a gift but it’s definitely not a curse. It just means that your kiddo just has a lot of feelings.

Is Your Homeschooled Child Profoundly Gifted?

What’s The Difference Between Interest-Led and Strength Based Learning? 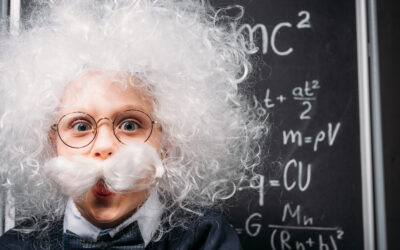 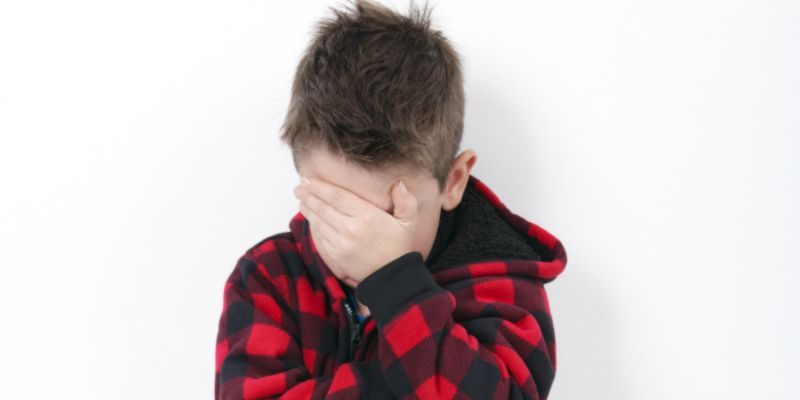