This is Why Your Gifted Child Struggles to Fall Asleep 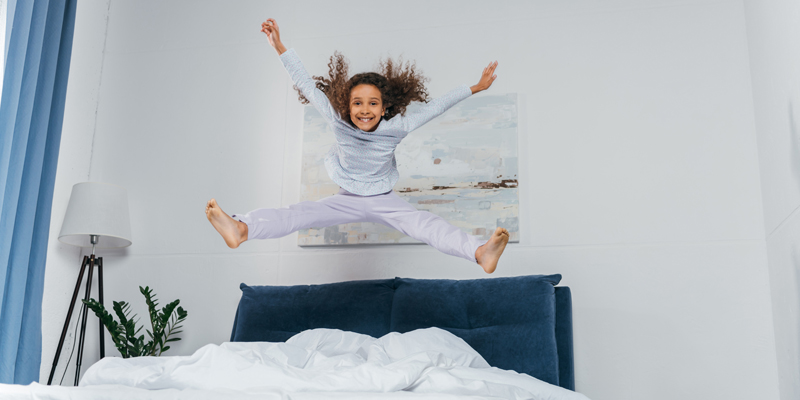 I love sleep. Truly, deeply, passionately love it. I fantasize about days when I can sleep in with no alarm set for the next morning. I’ve been known to schedule a day around the possibility of getting a nap. I collect soft blankets and pajamas, fuzzy socks and pillows, anything that may add to the absolute and total bliss of getting to lie comfortably and rest. I even planned my wedding to take place late in the evening so that I wouldn’t have to wake up early on such a big day. I seriously love sleep. But I have three kids – three gifted kids – and as anyone with gifted kids knows, this means I just don’t get any sleep. At all. Ever.

One of the more frustrating aspects of raising gifted children (and there are a few), is the lack of sleep. These kids… many of them just do not sleep. They take forever to fall asleep, they rarely stay asleep, and they just seem to need less sleep. After a long day of answering all the questions, fielding all the emotions, navigating all the sensory issues, and just plain dealing with all that intensity, bedtime is a welcomed respite. We love these kids, but we can’t wait for them to go to bed. We need them to go to bed. But these exhausting kids just aren’t as exhausted as we are, and a battle begins anew. Why is it that these gifted kids just won’t fall asleep? 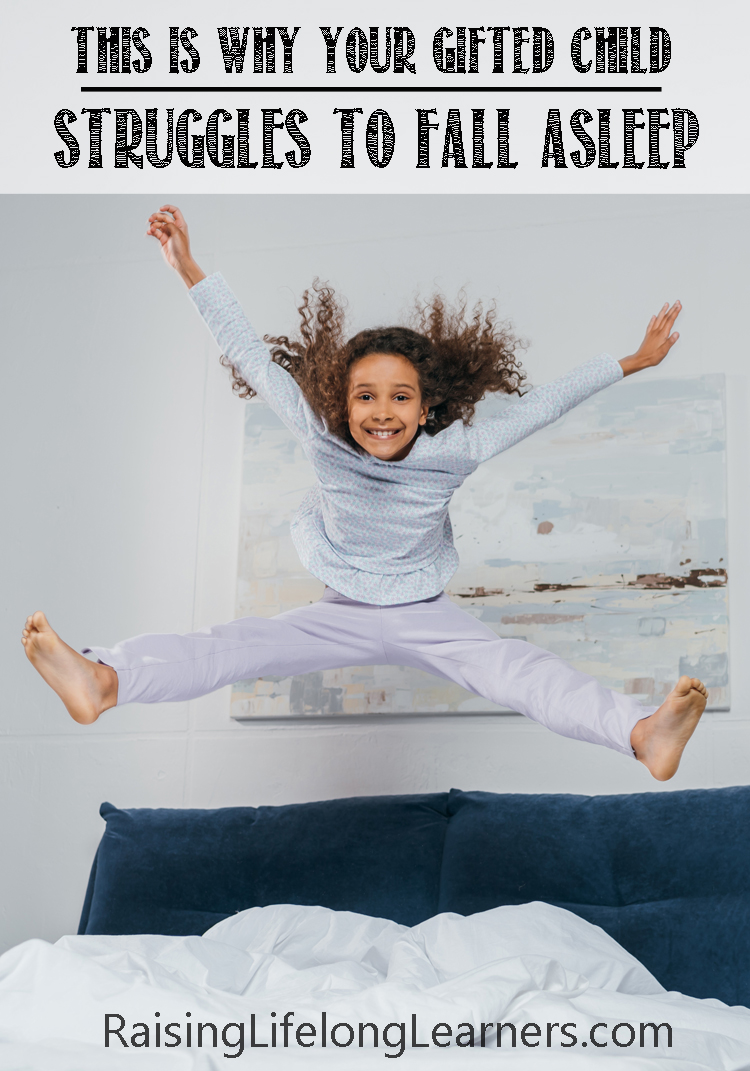 I remember bawling in the pediatrician’s office, vividly. My middle kiddo was there for a checkup around 10 months old, and the poor, unsuspecting doctor had just asked me how he was sleeping.

“He’s not sleeping!” I sobbed, so loudly and unexpectedly that it startled the man. “He’s not up crying or anything, he’s not sick, he’s not screaming, he just will not fall asleep.” My bald-headed insomniac sat in my lap, paying attention to every word I said, but unmoved by my emotional outburst. The pediatrician was still taken aback, which surprised me since I was sure he’d met an exhausted mom with an infant before. He asked me if I’d tried this method, that method, adding this or removing that, self-soothing, Ferberizing, going for a drive.

I’d tried it all.

He wasn’t colicky, he wasn’t hungry. He didn’t need to be changed, swaddled, cooled or warmed. He wasn’t upset or in pain and his internal clock didn’t seem to be backwards… he just would not fall asleep. He didn’t cry the way my colicky, reflux-ridden preemie had. He didn’t fall asleep deeply and quickly the way that now-toddler preemie did. He just… stared. He was wide awake, looking around, taking everything in. I joked that it was like he was afraid of missing out on something, that he just seemed to want entertainment. He was never tired. He only napped once a day, and then just for a mere 30 minutes, then was wide – wide – awake until around 3 am, when he slowly fell asleep until around 8 in the morning. That was it.

My poor pediatrician had no idea what to say, so he just fumbled out the words, “There are just some people who need less sleep, and I guess he’s one of them.”

You can imagine the desperate cries I let wail on the way home.

This baby boy of mine with the bright eyes and chubby cheeks, the toothless smile that made me melt – he wasn’t sleeping, and it felt like it was destroying me.

Related:  Do Gifted Children Need Less Sleep? , 100 Hints That Your Child May Be Gifted 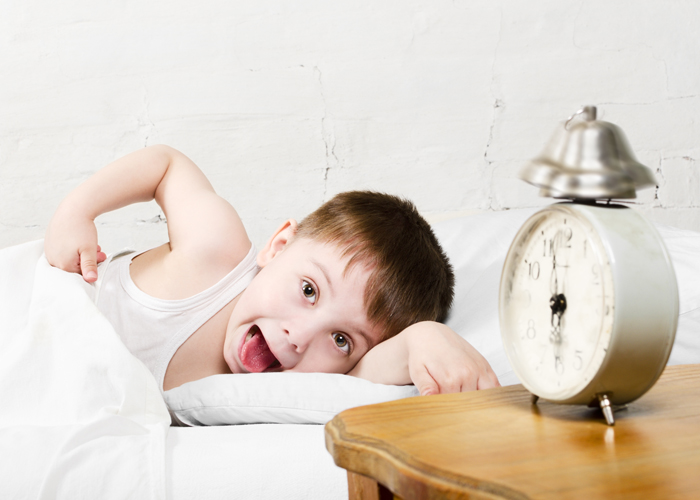 Years have passed since those sleepless infant nights, which paled in comparison to the sleepless toddler nights. Once he figured out how to climb out of his crib, my boy who never slept was unstoppable… and very, very sneaky. No matter how many times he snuck out of bed to sneak a snack, switch stuffed animals with his brother, play under a chair, or generally just explore, I still put him to bed every night with the hope that he’d actually fall asleep. Every night began with cautious hope, and every night ended in frustrated tears. He wasn’t bad, he wasn’t in pain, he wasn’t sick… he just would not go to sleep.

Once he taught himself to read, the nights got easier. Instead of seeking entertainment in the form of bedroom escapes and sibling pranks, my nearly-three-year-old could pass the dark hours in bed with books. He still wasn’t sleeping much, but he was at least distracted enough to spend most of the night in bed and antic-free. Of course, this was around the time my daughter was born – my third gifted child, my second non-sleeper. Now they’re elementary-aged, happily reading in their beds into the wee hours of the night, still not sleeping. Not angry, not sick, just not tired.

Well, I actually know the answer to this one.

Don’t tell them, but my kids are way smarter than I am. Their brains work in the most fascinating ways, and they are always surprising me, catching me off guard, keeping me on my toes. Most days I can barely keep up with them. I say this to establish that I by no means do I consider myself on par with Einstein, but I will humbly state that I am somewhat gifted. Before I launch into a dozen disclaimers and justifications, I just have to own it, accept it, and know that my own slight giftedness allows me unique and empathetic insight when it comes to raising my own highly and profoundly gifted children. (It doesn’t make it any easier, though, let’s be honest.)

I’ve been an insomniac as long as I can remember. No amount of reprogramming my system, no medications, no waking-up-early-to-be-tired-by-midnight has ever worked. I’m not angry, I’m not sick, I just… don’t sleep.

Related:  The Gift of Giftedness, 100 Quirks of Famous Gifted People (That Will Make You Feel Better About Your Own Quirky Kid 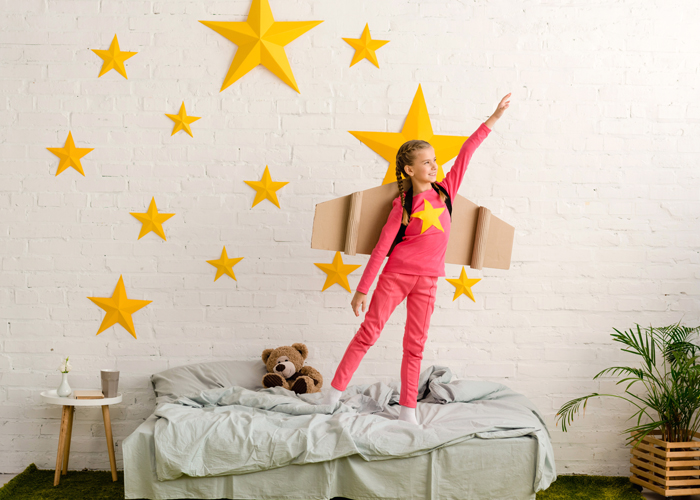 Once the day is done and I’m comfortably in bed, my brain doesn’t get the message that it’s time to shut down. Instead, it seems to wake up.

While I’m distracted with all the doings of the day and my mind can comfortably process 15 things at once, I feel pretty focused and level. But once I’m in bed without anything to do, my brain awakens. There’s so much to think about. There’s so much to research. There’s so much that I remember or forgot or need to Google. I’ve gone more than 30 years without knowing how vanilla is harvested or how to spin wool fiber into thread, but tonight I need to fall down the YouTube rabbit hole and learn every step. I watch Netflix shows while reading articles and jotting down notes for future posts to write. I pin homeschool projects while listening to German operas. I cannot turn my brain off.

At bedtime my brain suddenly becomes starving, and I must feed it with so much information that it borders on educational gluttony. Not until it is sufficiently stuffed will my brain slow down long enough to turn off and sleep.

This is why our gifted kids struggle to fall asleep.

The amazing brains of our kids that are wired so differently, the brains that help them process information and stimuli so much more quickly and in such different ways, they just don’t turn off. When they’re babies they’re aware that there’s more to take in, and as they get older they want to take it all in. If they can’t read, can’t listen to music, can’t do something to distract their brains long enough for fatigue to take over, then they’ll continue to lie in bed as stimulated and awake as if it were lunchtime.

Leonardo DaVinci famously slept only 20 minutes every 4 hours, and Nikola Tesla kept a similar schedule. Martha Stewart sleeps only 4 hours a night. Albert Einstein, by contrast, slept 10 hours a night… in addition to the daytime naps he enjoyed. There is no doubt that the gifted brain reacts differently when the time comes to slumber.

When you can think of so much, wonder so much, remember so much, it’s no wonder that stillness in the dark is a breeding ground for a flurry of thoughts. No matter how tired the body may be, the brain still needs to go through warm-down exercises, needs an opportunity to slow down from going a million miles a minute. Your gifted kids aren’t fighting sleep to be difficult. They’re not still awake because you didn’t try the right sleep training method. They’re not up because they were on the iPad for 30 minutes last week, and not coming out to ask questions because they want you to never have a moment of alone time again. None of their sleep issues are personal, they’re just gifted.

And if you’re wondering, I wrote this at 3 am.

RLL #83: [Audioblog] Socialization and Your Gifted or Intense Child 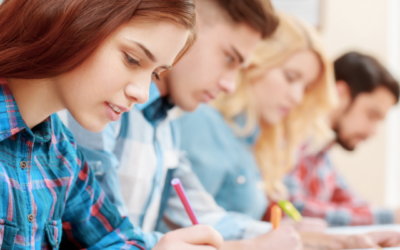 RLL #92: Building Self and Setting Goals with Suki Wessling 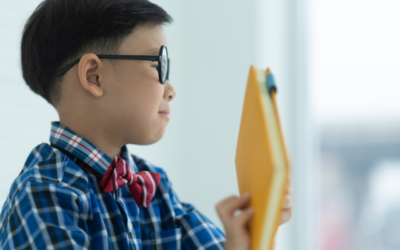 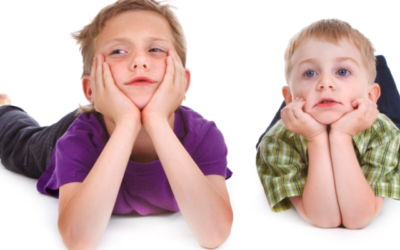 RLL #91: [Audioblog] How to Help Your Kids Thrive When They Are Stuck Inside