The pediatrician looked up from his checklist and asked, “how many words can she say?” and I kind of looked at him funny. “It’s okay if she’s not saying a lot right now. She’s only 18 months, so don’t panic. Language will develop over the next few months and years.”

He smiled reassuringly, and I stammered, “No-o-o-o-o. It’s not that. I just don’t think I can actually count the words she can say, so I’m not sure how to answer your question. She can say anything you or I can say.”

I could tell that, not only didn’t he believe me, but he thought I was one of those moms. Like I was trying to make my kid seem more than she was. And I couldn’t blame him, really. Molly looked like a typical toddler, running her fingers along the multicolored shape stickers on his desk, humming softly to herself. 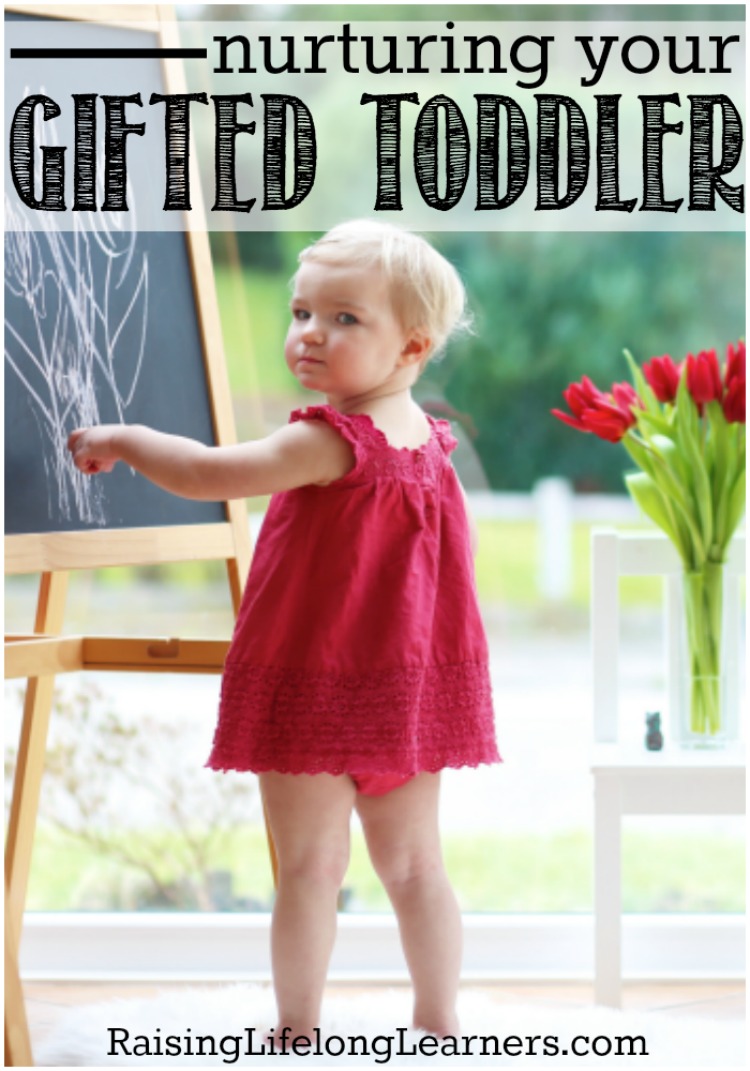 And then she stopped, turned, and spoke.

The pediatrician, Dr. Catanzaro, looked at me, mouth agape, and said, “I have colleagues with whom I’ve worked for over 20 years who can’t pronounce my name that well. I guess she really can talk…” And he made some notes on his checklist.

Parenting gifted children can be full of uncertainty.

Should I push her?

What if I don’t give him what he needs?

Do I need to get her tested?

How do I know for sure?

Here’s the thing… you do know.

You’re an amazing, insightful, and perfect parent for the little guy or gal in front of you. Nurturing a gifted toddler is an adventure… so let’s develop a roadmap to help you along the way.

If you’re reading this post, you probably have a general idea about what a gifted toddler looks like. Right? We parents know our kids, no matter how much we collectively doubt ourselves.  There are some traits, though, that can give you a clue you might just be raising a poppy kiddo (and you can find support in parent groups on Facbook).

Remember… All gifted kiddos share some characteristics, but the very defining one — asynchrony — means that they definitely don’t look alike. So, your child may not exhibit all of these traits. It’s kind of a checklist of sorts to give you an idea of some things you might notice if your toddler is gifted. 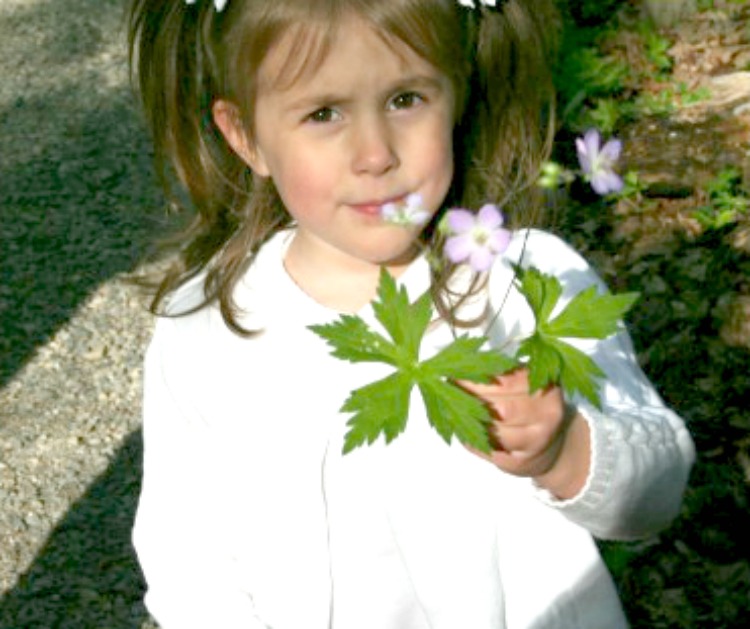 You may recognize some of these traits:

Some gifted toddlers show an intense interest in numbers, letters, or other concepts. Some of our gifted toddlers will read early — that precocious 18 month old in the opening story taught herself to read by three. Some won’t, and that’s okay, too. My oldest kiddo (who’s been identified as profoundly gifted) didn’t read until much, much later, and still chooses to read books below his age level.

What Are Some of the Challenges That Come with Raising Young Gifted Kids?

Gifted toddlers, like all gifted individuals, are asynchronous. This asynchrony gives you a kiddo who might be intellectually ready to solve problems and build things, but who lacks the fine motor skills and planning to be able to pull it all off.

One of the biggest challenges is to find acitivities that are age-appropriate, but still advanced enough for a gifted kiddo. Though, an often underestimated challenge can be the puzzled, judgemental, and knowing looks that come from family, friends, and strangers. The challenge of being misunderstood or accused of hothousing — or “pushing” your child to perform.

My friend compared raising her young, profoundly gifted daughter to being stapled to a cheetah. She’s just holding on for dear life as that little bundle of inquisitiveness drags her along for the ride.

And the intensity. Oh, boy.

Gifted kiddos — including your precious toddler — can be very intense. Those intensities can be:

Gifted toddlers can have deep fears and anxieties. They feel guilt, concerned about death, like they’re not in control, and can seem deeply thoughtful or depressed. They can have deep emotional ties to people, places, or things.

Related: Gifts for Children with Anxiety 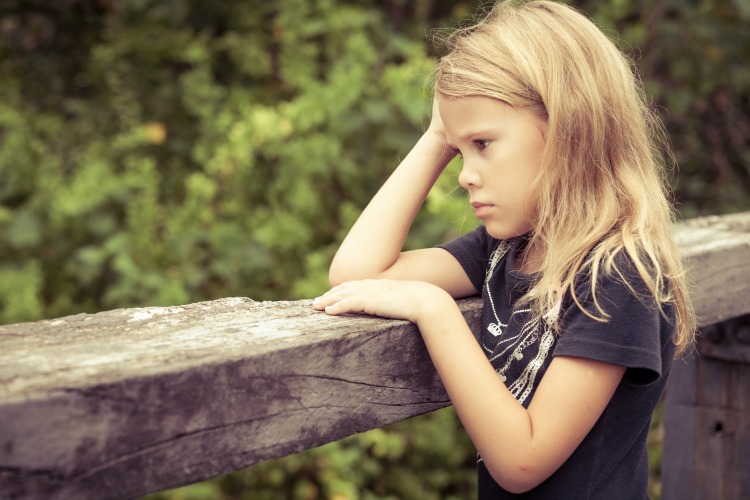 How Do You Nurture Giftedness in Toddlers?

The best advice I can give — after raising four toddlers (gifted and twice-exceptional) is to relax and trust your gut. Really.

Forget about what everyone else says.

Forget all the parenting books (they’re not going to apply to you anyway).

Follow your kid. Meet your child where he or she is and help them find new ways to learn every single day. It’s exactly what all parents do for their toddlers. It just looks a little different for parents of gifted toddlers.

One of my oldest’s (now 15) first words was Macedonia. As in, “let’s go to Macedonia to watch trains.” He was obsessed with trains. He watched kids’ shows and documentaries and old news reels about trains. He listened to books about trains. He knew the history of the railroad and all the different important trains from all of history before he was four. He couldn’t yet read. He barely drew. He was impulsive and inattentive at his daycare. He wouldn’t sit still unless someone was sharing something about trains — though not the kids’ trains with faces. He had no use for those.

This went beyond a little guy’s interest in trains. He needed to know it all. So we fed him books, movies, toys, and trips to the trainyard in Macedonia. We sat by the tracks for hours, waiting for one train to pass, sharing snacks and train stories. Today he doesn’t remember all that he once knew, but he still adores trains and gets together with my father-in-law and his trin buddies regularly to work on model railroad layouts and talk about the good ole days of the steamers.

I didn’t worry about meeting his potential and I didn’t feed him flashcards and workbooks.

I did shower my now 10 year old with workbooks, worksheets, and flashcards as a toddler. That 18 month-old who stood but a minute off the floor as she peered at the pediatrician and asked for shape stickers adored nothing more than sitting at “her” desk (a tot-sized table in the kitchen) and banging out workbook pages. She taught herself to read by three. She cried at two when she realized that she was not getting on the big yellow school bus with her brother.

So we enrolled her in a 2yo preschool that met one morning each week. And she begged for more school. So we signed her up for another day at a different preschool so she could have two mornings of “school” and three mornings of “homeschool” while big brother was gone during the week.

Many accused me of hothousing that kiddo (pumping her full of info so she seemed smart), but I was just trying to keep her insatiable thirst quenched. 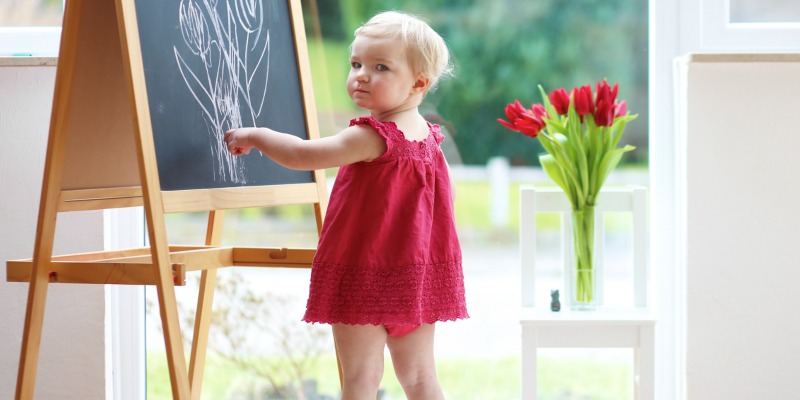 Trust yourself that you know your toddler better than anyone else does and give him or her exactly what they need. Explore language and numbers, science and nature, communities and laws together. Ask loads of questions and answer all of theirs. Make it a point to look up answers together sometimes — it’s important from early on that your gifted kiddo see that you don’t have all the answers and that you’re not afrain to admit it. Play lots of music in the house. Take your little ones to free outdoor concerts and performances during the spring and summer so they can get an early appreciation for the arts. Experiment with as mant different types of art mediums as you can with them when they’re young.

Buy open-ended gifts for all occasions. Line your walls with books. Play games early and often. Ask for family memberships to museums and zoos instead of toys your gifted kiddo will lose interest in for holiday gifts from relatives.

Remember that you’re the perfect parent for your gifted kiddo. You really do know what your child is capable of and needs. You may be in for a wild ride now that you find yourself raising a gifted toddler, but it’ll never be dull.

And when you’re little one shows what he or she is capable of — whether it’s to a stunned pediatrician, a family member, a friend, or a stranger on the playgroupd — it’s okay to puff out your chest and say that yes, you do know how amazing he or she is. Talking in full sentences at 18 months is fantastic. Reading at three is amazing. Knowing the detailed history surrounding all steam, deisel, and mag-lev trains by four is awesome.

Be proud and let your kiddos hear you say that they’re amazing and you’re absolutely amazed to be their parent. The more you get used to it now when they’re toddlers, the easier it’ll be as they get older and need to hear you bragging about them. You’ve got this.

Colleen Kessler
Colleen is an explorer, tinkerer, educator, writer, creator, and a passionate advocate for the needs of gifted and twice-exceptional children. She has a B.S. in elementary education, a M.Ed. in gifted studies, is a sought-after national speaker and educational consultant, and is the founder of the popular blog and podcast Raising Lifelong Learners, as well as Raising Poppies, a community of support for parents of gifted children. She lives in northeast Ohio with her four bright and quirky kiddos, patient husband, and ever-changing collection of small reptiles, mammals, and insects.

Grab a cup of coffee, some of that chocolate you're hiding from the kids, and join me as I learn, experiment, and explore with my kiddos -- and hopefully inspire you a little in your journey alongside smart, quirky, creative kids, too!

You're going to LOVE the book! Check your email now for the download link.

We Love These Resources!

Homeschool Mom GIVEAWAY!⠀ 🌎⠀ Do you need so

And my kids were doomed anyway... they have ME for

Do your kids struggle with executive function skil

"We keep moving forward, opening new doors, and do

How do you encourage problem solving in your home?

“Every great dream begins with a dreamer. Always

This should have been the last day of our homescho

The kids are missing their friends so much right n

Error: API requests are being delayed for this account. New posts will not be retrieved.