Admit it, you’ve thought about it. You see your precious little one handling blocks with expert dexterity. Your heart swells as they garble through their ABCs. Your pride and joy is walking already or handles math problems with ease and you wonder, Could my child be gifted? 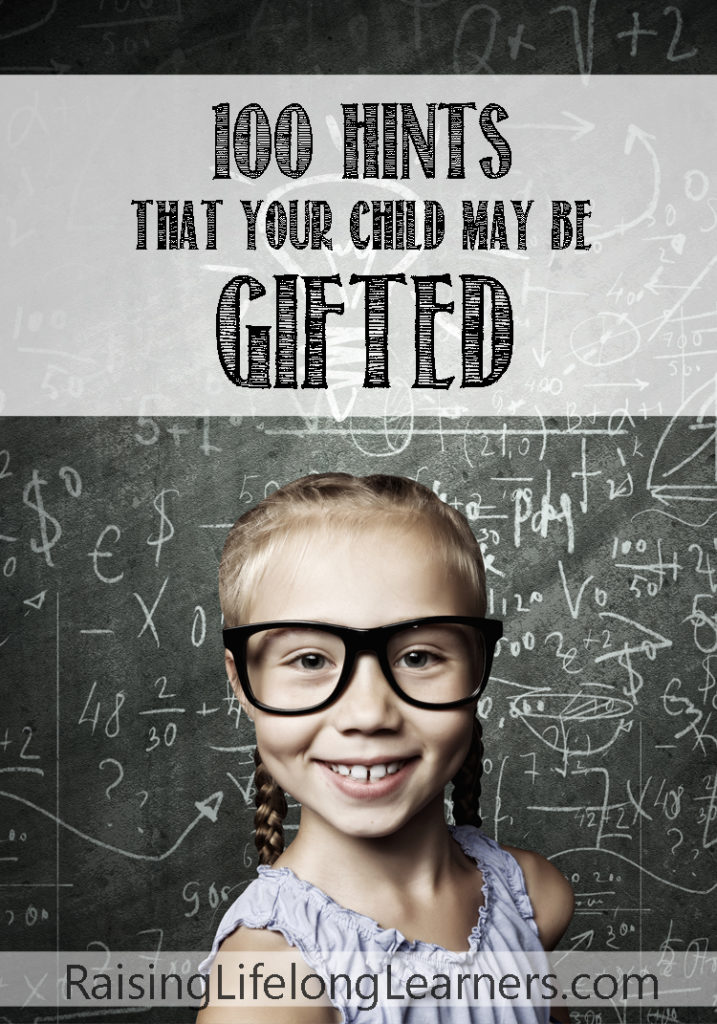 There is a growing community of support for the families of gifted children, but still a lot of murky information about how to actually tell if your child is gifted. I remember when my oldest was still a toddler, I was reading a popular parenting magazine and came across a one-page article discussing giftedness in children. Intrigued and convinced that my precious firstborn was obviously a genius, I began comparing him to the checklist they provided… and promptly discovered that he didn’t match a single criteria. Oh well, I thought. I wouldn’t know what to do with a genius. He’s fine how he is.

Years later, surprise! Not only is he gifted, but so is his brother… and his sister. It took a teacher telling us that they were likely gifted – and multiple test results – to convince me. As we began to learn more about what it meant to be gifted, hindsight became more and more clear. The signs were always there, I’d just been wholly misinformed as to what they were!

Here you’ll find 100 real-life and classic hints that your child may be gifted. Since gifted kids are as unique from one another as they are from the general population, not every one of these will be true for every gifted child, and there will definitely be anecdotes experienced by gifted families that aren’t mentioned here. But in general, you may very well have a gifted child on your hands if:

Related: If He’s REALLY So Smart… When Gifted Kids Struggle 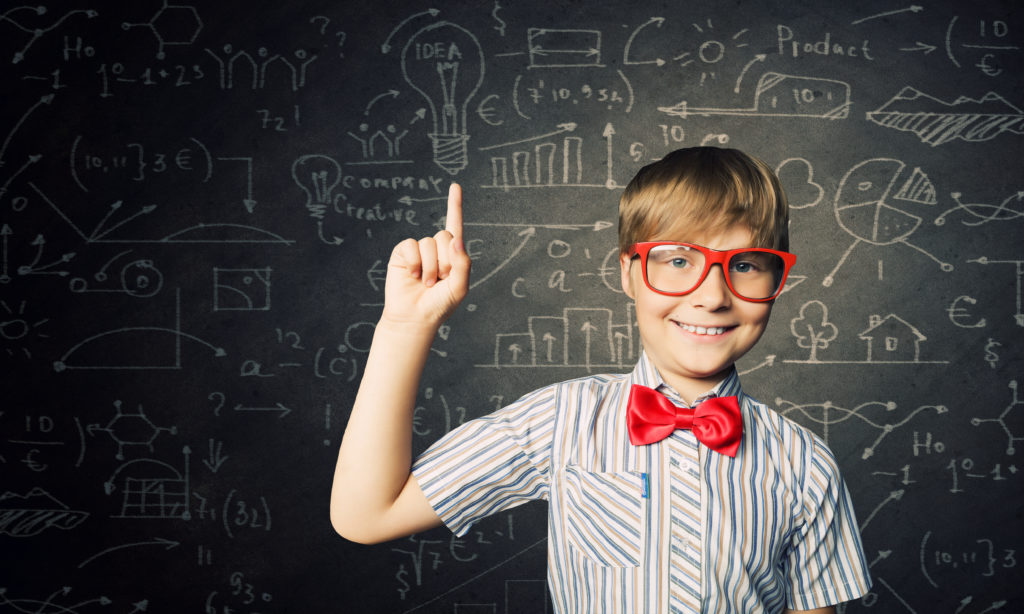 Is My Child Really Gifted If They Are Struggling In School?

You may notice that among the 100 traits listed above, not once were grades mentioned as an indicator of giftedness. Being a gifted child is not all about straight-A’s and perfect test scores, it’s a neurological difference that affects many, many areas of their lives and really turns up the intensity knob.

Sure, many gifted kids have impressive report cards, but they also have struggles, fears, and unique experiences that set them apart from the crowd.

No question, It is a unique set of complex circumstances that creates a unique family dynamic and educational challenges.

But please know, you are not alone in it.

Are You Homeschooling A Gifted Child?

This community was created to support children who are gifted and twice exceptional. We address topics just like this all year long, in a way that is educational and fun for children. They learn skills to help them cope and you learn how to help them along the way.

RLL #107: Learning as an Unschooling Family with Robyn Robertson

Why Unit Studies Are Ideal For Gifted Learners